The following is just chock full o’ SPOILERS, because I don’t really feel like you should bother writing about a game if you aren’t willing to venture into the entirety of the game, or at least as much as you know about. So consider yourself warned. Before it gets there though, here is the Official Hinge Problems Spoiler Free Review of Nier: Automata, per Rudie:

So with that out of the way, from here on, you’ve been warned.

I’m not done with it yet, but right now, Nier: Automata is a game about failure, depression, and cycles. It might be the closest videogame to capturing the feelings of decay and futility in The Waste Land, but divorced from our reality in an almost direct opposition to Eliot’s poem’s direct ties to post-WWI Europe. 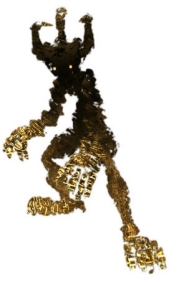 A shade, or a Gestalt

This shouldn’t surprise anyone who played the first game, a far flung future action RPG in which the failures of humanity’s technology led to all sorts of strange creations and a few remaining people attempting to eke out their existence. That game existed in two forms, Gestalt and Replicant, which it turned out were two names for the resulting life forms that can exist once a person’s soul is separated from their body; basically the soul becomes a Gestalt, and the body can be recreated over and over again as a Replicant, and in theory a human can be made if a Gestalt and a Replicant combined. Literally most of the living creatures in the game existed as half-of-a-whole-human.

The two versions of that game differed in terms of some minor timeline differences and the age/relationship of the main character, neither of which is really important to thinking about Automata as much as the titles themselves are. Both Gestalts and Replicants were lifeforms that were based on an original human; they could be seen as extrapolations on humanity, but always starting with humans as the building blocks. While the game was depressing, it still held onto its human heart. After all, the main character is on his very mission to protect his dying daughter/sister, and the characters of the game start to form a loose knit family of sorts, despite their differences.

The title of this most recent entry in the series, then, is probably an early clue as to just how far it goes into the darkness. Automata by their very definition are separate from humans, automated to independence from human control. In the game, you play as several different androids, automated machines that are human-like in form, but are not specifically connected to individual humans.As if to drive this lack of connection home, the Machines (a race of robots that was created by aliens that invaded the Earth between games) create their own androids named Adam and Eve (because of course they are, despite being both male). Androids are creations, not derivations; they live and die and are born again over and over, continuing existence solely as data that can be transferred to a new body should the current one fail or self-destruct, which is an in-game option, in case the depression needed to be emphasized by having suicide be a constant option.

And just in case you thought the Automata might in some way come into contact with the humans or aliens that created them, it is revealed over the course of the game that the humans and aliens are both gone, wiped out before the game even began. This is the Waste Land after sentient life is gone, the only possible life left being self-sustaining machines, locked in endless war until Armageddon. Humanity has failed, the endless depression of meaningless existence has begun to set it, and the player characters are fighting for anything they can attach meaning to. Nice light stuff there.

The game’s architecture is the Waste Land writ in polygons. Decaying buildings, chunks of leftover highways, a castle that fell into disrepair years ago in a decaying forest, endless desert, and land cleaved apart by canyons and caves, all full of somewhat sentient Machines and fully sentient androids, fighting it out with each other as both know nothing more than wanting the other dead. To make this even more nihilistic, you will encounter machines that realize the futility of it all, and want to kill themselves. You can help them along, if you feel like it. Some of them will just do it without you. 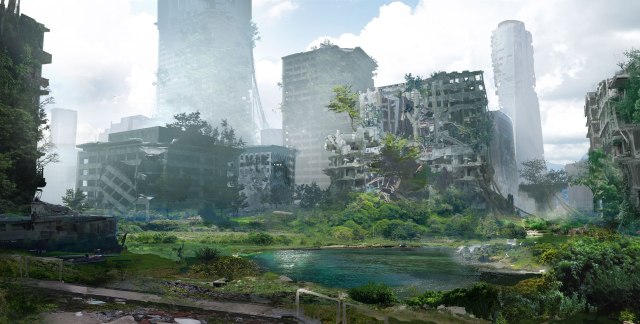 “What are the roots that clutch, what branches grow/Out of this stony rubbish?”

Late in the second loop of the game (like all Yoko Taro jams, this one is meant to be played a few times in a row, and each subsequent play through is different) which is played through as 9S, a record is found deep in the systems of Yorha (the Android military, basically) that reveals that the humans that are theoretically hiding on the moon might not be there, and the Commander confirms that they are long extinct. 9S never gets to tell 2B this before the end of that second loop. And the third loop, which confusingly is just a direct follow up to the second loop, begins with 2B being killed by the rogue Android A2. The pure nihilism of existence sinks into 9S, but he can’t even share it; depression, failure, and cycles.

The game drives home how everything keeps repeating. This is the 14th Machine War, taking place in something like the 112th century on our calendar. It keeps happening over and over again. You encounter a few characters who return from the first game, but not in the same form. For example, Emil returns, because of course he does given how much Yoko Taro has adopted him as his own persona, but here you find that Emil has cloned and cloned himself over and over, so many times that the original is lost, the memories fragmented across all the copies. If Baudrillard’s simulacra could create its own simulacra over and over again, for 500 generations, you can imagine how much of its original self (already a copy divorced from an orginal) it might remember. Even the simple act of machines replicating themselves introduces decay, entropy, erasure. 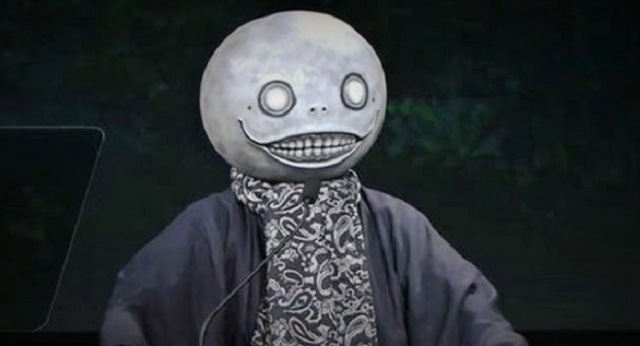 So if this is the future, this endless cycling of war and destruction, memories lost to entropy, all falling into eventual nihilism and suicide, how does this end? I can’t tell you yet. I am only on my third loop, and there are five total for the game, so maybe it goes somewhere different, maybe it doesn’t. Right now, it doesn’t matter, because as a statement of a certain bleak outlook, a certain damning perspective on the overall meaninglessness of life in general, it’s pretty perfect.