Yeah, I know, August is over.  Whatever.

So this album finally showed up on Spotify, and having listened to it now, I am pretty much sold on picking it up.  Sorta prog-ish post metal German whatever, with a loose concept based around the movie Stalker combined with the notion of going deeper into the ocean itself.  The only downside to this is the damn sound of running water, a trickle, that shows up a few times on the album.  That sound, both recorded and in reality, drives me nuts and I have no idea quite why.  That it doesn’t ruin this album says a lot about the album. 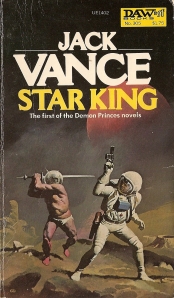 The first two novels of the Demon Princes by Jack Vance

I am only recommending the first two because they are all that I have read, but man, these are some good stuff.  Vengeance sci-fi with all the planet hopping fun on could hope for, and some pretty interesting villains so far. Yeah, there is a bit of old-line sci-fi sexism (damsels in distress and all that), but it’s nowhere near as bad as it could be in that regard.  And to make up for it, Vance’s imagination runs wild all over these things in wonderful and hilarious ways.  Each chapter begins with quotes from other (fictional) books, the best so far of which has been a brief quote from a fictional autobiography, followed by six quotes of reviews of that book trashing it.  Goddamn I love this kind of stuff. 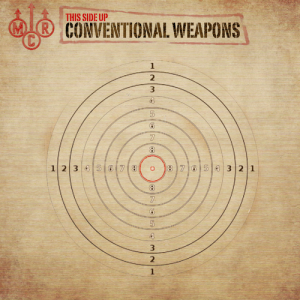 The Conventional Weapons singles by My Chemical Romance

This is here for two reasons.  First is that I am an unapologetic enthusiast for this band as a pop-punk entity.  I can’t help it really.  I hear a band with such a transparent raging love for Queen and I just fall for it every time, and that is A-OK, because Queen is a band that everyone should have a transparent raging love for.  Oh, and concept albums.  I love me some silly dopey concept albums.

The second reason this is on here is that as a music nerd, I love alternate takes and discarded ephemera, all that stuff that any band generates over time.  Heck, this is no small part of my affection for Guided by Voices (the other parts being in part a shared love of the Who, in part just a love of Bob Pollard).  These singles were the out-/side-takes of what ended up being the final MCR album, and they offer a different version of what was there.  None of these are different versions of the songs on Danger Days specifically, but fragments of lyrics and such show up here and there.  And yeah, there are some really fun songs here.

So FF14 launched awhile ago and was (this is Squeenix canon) a goddamn mess.  So much that they made an armageddon happen in the game, and took it offline for awhile to rebuild.  So it launched, and it’s a lot better.  It’s pretty standard MMO stuff, but with some wonderful art, a nice layer of polish, and some sadly unstable servers at the moment.  Well, no, that is wrong, the servers are stable, but the cap on the number of players is pretty low, so get ready to set up a script to get logged in.

When it works though, it’s good times with a good variety of stuff to do alone or with other players.  Being able to switch classes easily is nice, though if you take on too many classes, sometimes keeping track of all that gear gets rough.  Once the whole server situation gets worked out (big maintenance taking place September 3rd so maybe?), it should be good.

Also, I get to play as Gigglemesh Cheevos, so there is that as well.