G. Rev, who’ve been on a relative spree of releases lately (which will continue with the upcoming US release of Mamorukun), just sorta dropped this shooter on the Nintendo eShop one day with little fanfare, and left everyone to make up their minds about it.  Hiroshi Iuchi, notable for his work with Treasure on Radiant Silvergun and Ikaruga, turns in his first project with G.Rev, though honestly aside from being a shooter, Kokuga has little in common with his previous games, and that is A-OK.

In Kokuga, the player is a slow-moving tank with an equally slow-moving turret, which sounds bad, until you play with it and see how well the slow motion simulates tankdom while adding tension.  Far from the white knuckle survivalism of early Silvergun or Ikaruga play (at least until the player “gets” it), Kokuga is a slow and strategic game,  in which the range of the enemies weapons becomes the key to survival.  A randomized deck of power-up cards gives some added scoring/survival options, and the whole game is a giant choose-your-own-adventure shooter.

At 15 bucks, it might be a little steep for your eShop purchases, but some damn good times to be had.  There’s a multiplayer mode, too, but who knows if I will ever get to see that. 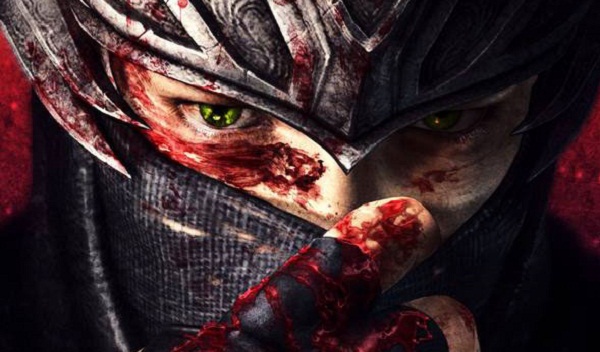 If you listen to the podcast, you know Rudie might be the only dude on the internet to actually like this game.  Well, now there are two of us.  Yes, it is not the technical, chain-combo-strings brawler that NG1 or 2 were.  That’s OK, those games still exist; you can go play them, even.  NG3 is a game that just wants you to press some buttons and see some silly shit.  NG3 is a game where someone calls Ryu Hayabusa out for murdering thousands of people, and then makes him fight a cyborg T. Rex.  NG3 is a game that gives no fucks about anything at all.

Sure, you could get mad if you dropped 60 damn dollars expecting the next iteration of the Ninja Gaiden franchise to be anything like the other two (PROTIP: don’t do this), but me, I never finished those games because I got bored.  I have yet to get really bored in NG3.  I have, however, laughed a lot. 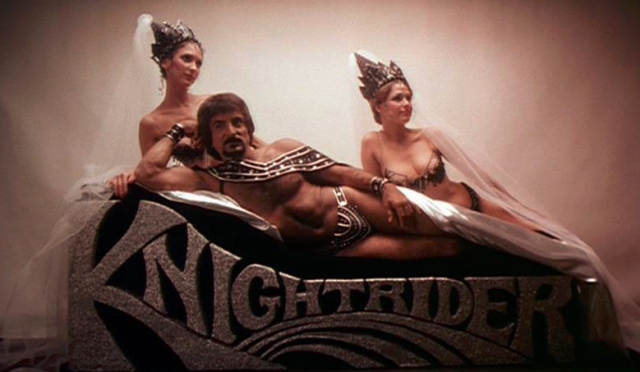 Do you know who Tom Savini is? If you don’t, you should, and if you do, you need to watch this movie.  Of course, everyone else should probably watch it too, but definitely fans of Tom Savini.

This movie is insane.  It is the story of a renegade Renn Faire troupe/travelling motorcycle gang/maybe cult (?), led by a young Ed Harris as the king, loosely tied to Arthurian legend.  Tom Savini is the “bad guy”, except the actual bad guy is “selling out” and Tom realizes that maybe it isn’t his thing.  Ed Harris is nuts in this movie, yelling at one point about fighting a dragon we never see, and spending the last few minutes of the movie wrapping up some dangling subplots in the best way.

Oh, did I mention it is about motorcycle jousts, where dudes dress up in armor and try to knock each other off their bikes and use traditional medieval jousting rules?  Because yes, that is exactly what it is about.

In the mid 90s, RykoDisc put out four albums of weird stuff from Devo.  The EZ Listening disc was a compilation of muzak versions of their own material that Devo originally recorded as a joke.  Devo Live: The Mongoloid Years is one of my favorite live albums, a recorded reverse chronology of a band, ending with an angry audience member stealing a microphone.

And then there were the Hardcore discs.  Long out of print, these two discs chronicled the early days of Devo, basement tapes dripping with anger, sexual frustration, and energy.  Thankfully, somebody at Devo, Inc. decided that reprinting these two discs was a thing to do, and so now you can actually buy them again, on vinyl or CD.  How about that?

5. Fear of Music, by the Talking Heads

I always understood the Talking Heads as an overall project, but a lot of times, their individual albums never quite hit me full on.  Maybe it was my mood at the time, or something else distracting me, but they never worked all that well for me.

And yet, this past week, something in my brain clicked and Fear of Music made sense.  Maybe paranoia becoming a normal part of public conversation is a prt of it, I dunno.  But this album hit me perfectly.  David Byrne’s paranoia about EVERYTHING sprawls all over everything.  Even the title of the album communicates how deep the paranoia goes, an album afraid of itself.

I’ve always loved the song “Heaven”, but it wasn’t until I got into the whole rest of the album, where everything is closing in and too much is going on to understand that I really grasped what a lovely time being in a “place where nothing ever happens” would be.