I’m afraid of Touhou.  It is a giant unstoppable beast that has infected every part of Japanese doujin culture.  If you want your game to have an audience just make it with Touhou characters.  There is something like 1000 Touhou remix CDs.  Touhou is everywhere.  I’m mostly interested in the mainline stuff by Zun.  Even then my interest is in stuff he did years ago.  I probably think about Imperishable Night about once a month.  For all of my thinking and half-hearted playing of that game, I couldn’t tell you a think about the systems.

In one of my escapes to Japan I grabbed this game, thinking it was a main Touhou- Zun game.  It sat on my desk for about six months and another Japan trip later before I actually installed it and discovered it was not main line touhou.  It’s a nonlinear platformer where you have no acceleration.  You jump around and shoot and hit other touhou girls. Eventually you fight a touhou girl boss and then you can play as her. There are 10 girls to unlock, and it takes some guess work to figure out what is even different about them.

I eventually discovered that you could press up at some doorways to find whole different paths and worlds.  It started to feel like a hassle so I stopped playing.  There is a reason to play it though.  You can get health and magic bar power-ups.  To get these you must solve puzzles that are way too smart for the game.  Heck the game is too kind in general, auto-saving, generous warp positions.  There’s no overmap which is one of the problems, the other being that it isn’t the most fun thing to jump around.

These platforming puzzles though.  I’d stare at them for a minute.  I’d stare at them for two.  I’d fail at them a dozen times.  Then it would click and go, “oh, oh oh, OHHHHHHH.”   So this game comes out a positive way to spend 15 bucks.  I didn’t even have to do any devilry to make it work with my USB Saturn controller.  Also do a bit of playing around and try out the demo mp3s on the developer’s website.  They are something. 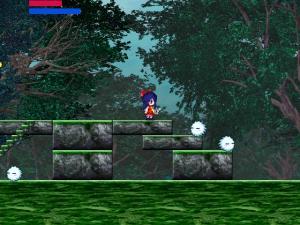 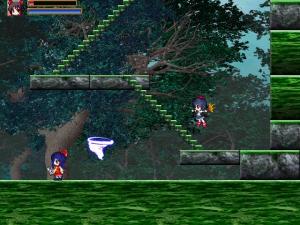 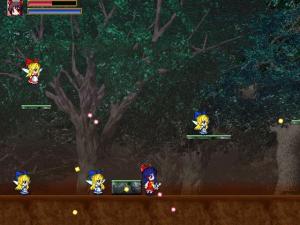 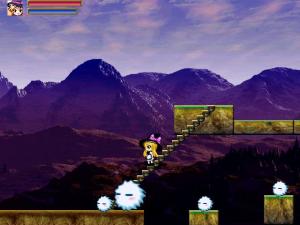 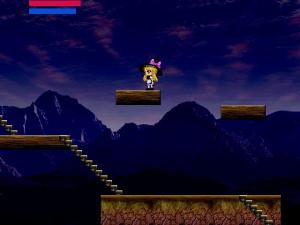 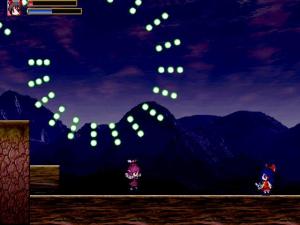 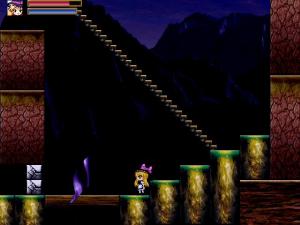 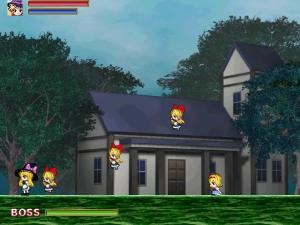 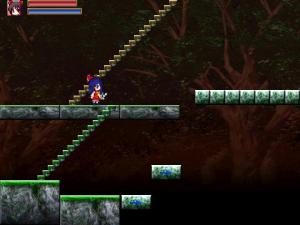 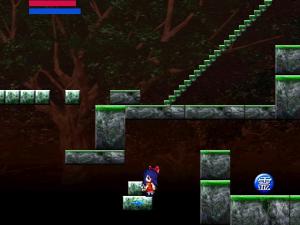 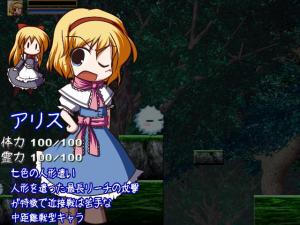 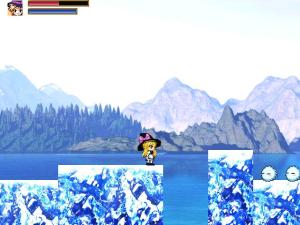 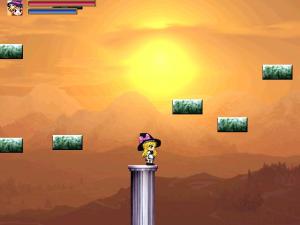